If you are a user of Configurable Subsystems, it is time to start thinking about making the switch to Variant Systems.

Once you try the Simulink Variants, I guarantee you will immediately see their advantages and understand why we recommend moving away from Configurable Subsystems.

Here are some tips to help you migrate. 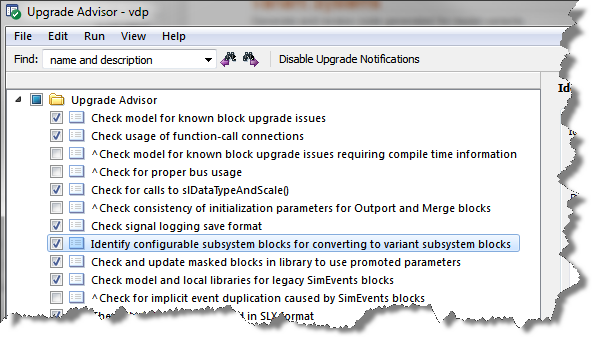 If you run the check and a configurable subsystem is found, the result will tell you that "These blocks can be upgraded to variant subsystems as they have better programmatic control and code generation capabilities." 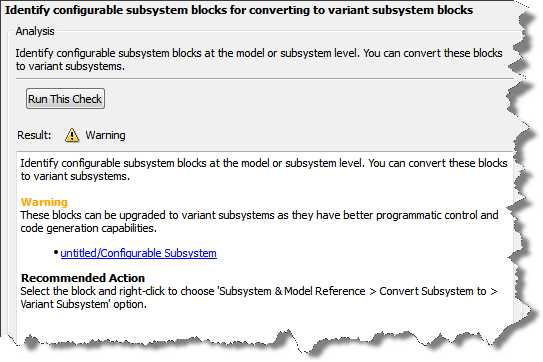 If you right-click on a configurable subsystem (or any subsystem), you will see a new option to convert the subsystem to a variant.

A window will allow you to specify some details needed for the conversion. 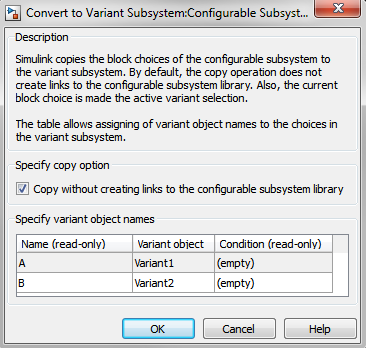 and a new model will pop up with your new block converted to a variant subsystem. Notice the different icon in the lower left corner of the block, it indicates that the variant subsystem is configured to override variant conditions and behaves exactly like the original configurable subsystem. 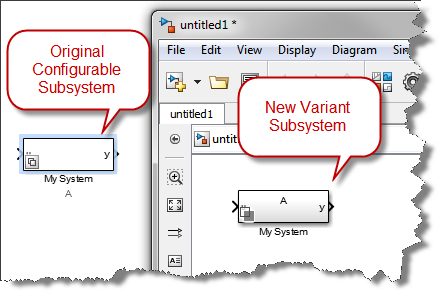 Are you ready to move to Variant Subsystems? Let us know by leaving a comment here