Let me start off with a specific example about running simulations. Simulink models are built using block diagrams, and once they've been created most everyone runs them by clicking the run button on the toolbar. 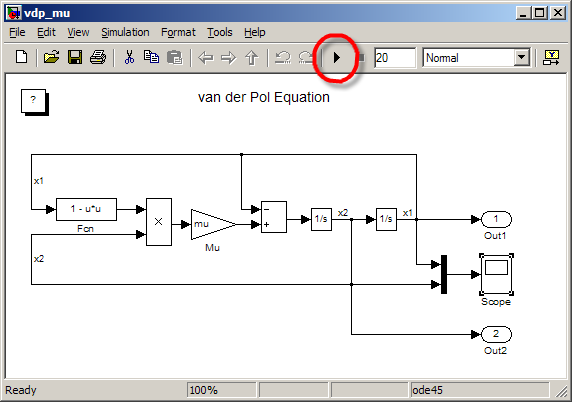 This returns the root level outputs (y) and the internal states of the model (x) at each recorded time step (t). A batch script might look like this: 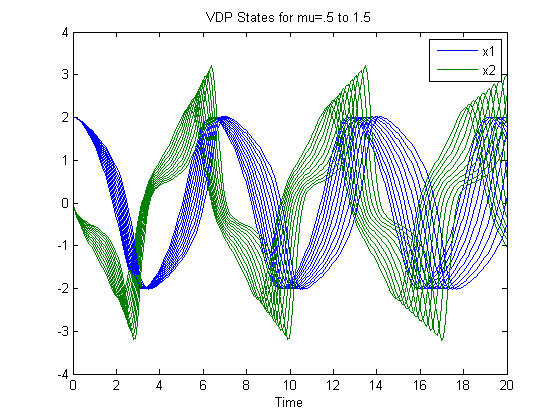 If you are already familiar with the sim command, then you probably know that some times you are only interested in the outputs (y) of the model, and not the states (x). For large models, or long simulations, those state variable outputs could be a waste of valuable memory. Using simset you can provide additional options to the sim command to specify that you only want time (t) and outputs (y). The state variable returned from sim will be empty.

You can learn more about sim and simset in the Simulink documentation.

That's your first Simulink tip. Now it's your turn. What do you like about Simulink? What would you like to talk about in future posts? Please leave a comment below. I have learned from Doug that t-shirts get comments on your blog, so I'll be randomly selecting five commenters on this post to receive a MathWorks t-shirt!