I once faced a problem where Simulink reported, “Cannot solve algebraic loops...” 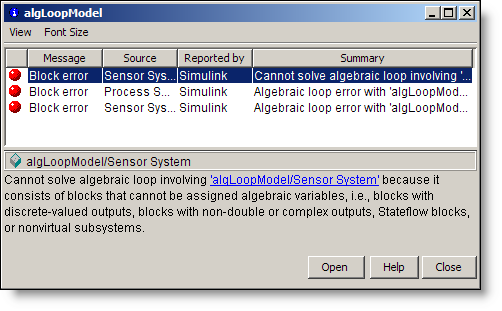 What are algebraic loops?

Algebraic loops exist when a variable shows up on both sides of the equation. For example,

Algebraic loops generally occur in Simulink when there are un-modeled delays, for example, sensors that just feed through a signal from input to output.

Figure out how the message relates to the model 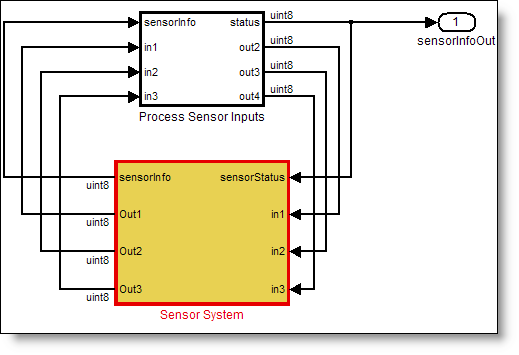 Because these were atomic subsystems, I suggested enabling the Minimize algebraic loop occurrences optimization. 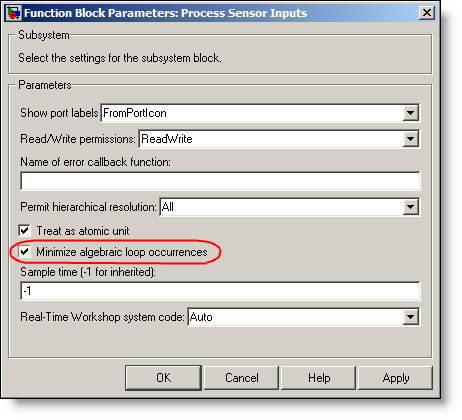 In some systems, the output signal calculations do not directly rely on the inputs. If this is true, you can separate the system into two equations.

This option is also available for model reference blocks through the configuration parameters on the Model Referencing entry.

How did this happen?

This model was the result of integrating components from many different teams. The original model contained virtual subsystems, and the new components used to upgrade the model were atomic subsystems. Switching back to virtual might have resolved this error also.

The algebraic loop diagnostic did not control this error because this was part of the check for the minimum solvability requirements for this type of problem.

There is additional information in the technical support solutions on understanding algebraic loops, and how does Simulink solve them. Have you encountered this error? How did you work around it? Leave a comment here about your experience.