Did you already install MATLAB R2011a?

If you are used to generating code from Simulink, the first thing you probably thought after launching MATLAB R2011a is: "Where is Real-Time Workshop?"

Before introducing the cool new Simulink R2011a features, I want to describe a significant reorganization of the code generation products. Since an image is worth a thousand words, here is what happened: 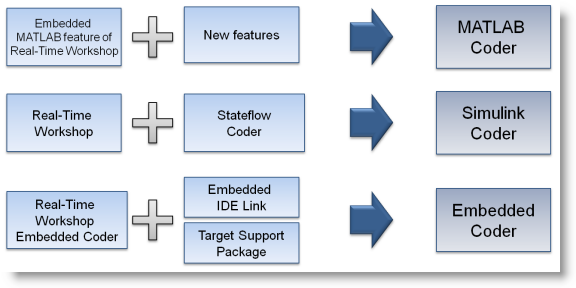 Let's describe how features are divided among these three products:

Traditionally, MathWorks code generation products have all been centered around Simulink. However in the last few years we've received more and more requests to generate code for prototyping and embedded processors directly from MATLAB code. It is difficult to admit for a Simulink fan like me, but it is true that some algorithms are easier to implement in MATLAB code than using blocks. This is particularly the case for many algorithms in digital signal processing and communications systems.

In addition to all the Embedded MATLAB features previously included with Real-Time Workshop, MATLAB Coder includes some cool new stuff, for example the coder function to start a MATLAB Coder Project using a graphical interface: 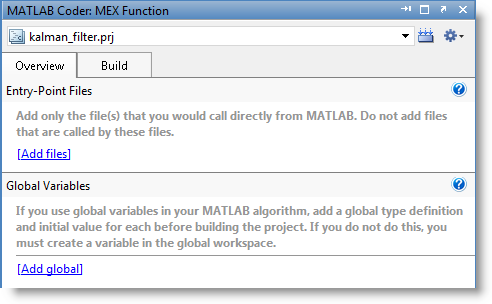 Simulink Coder combines the previous functionality of Real-time Workshop and Stateflow Coder. This means one single product to generate code for all Simulink multidomain models, regardless of which add-on products are used to create those models.


Now it's your turn

Are you going to take advantage of the new MATLAB Coder? Let us know how by leaving a comment here.