Did you ever receive a "data dependency violation" error message from a Simulink model? 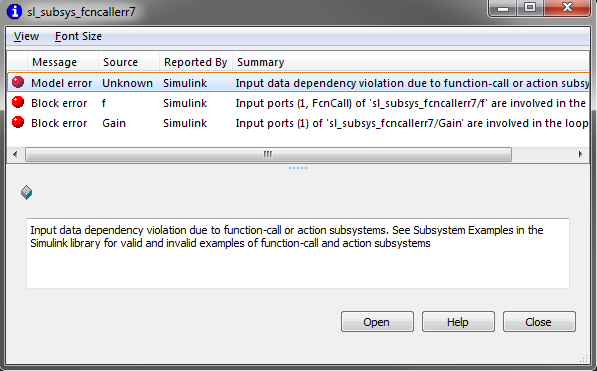 I will try to explain why this happens and what you need to do to avoid this error by introducing my favorite set of Simulink examples.

To begin, let's explain how a Function-Call Subsystem is executed.

If we generate code, we can see that the Function-Call Subsystem is executed in that order:

Invoking a Function-Call Subsystem from an Atomic Subsystem

Now let's place the Function-Call Generator inside an Atomic Subsystem.

Now, what happens if the Function-Call Subsystem takes an output of the Atomic Subsystem as input.

If you try to update this model, you will receive the following errors:

Input data dependency violation due to function-call or action subsystems. See Subsystem Examples in the Simulink library for valid and invalid examples of function-call and action subsystems
Input ports (1, FcnCall) of 'fcnCallExample1c/FcnCallSS' are involved in the loop
Input ports (1) of 'fcnCallExample1c/GainBefore' are involved in the loop

I hope that based on the previous example, you can visualize why this semantics is impossible. On one hand, I specified that AtomicSS is atomic, including FcnCallSS that gets pulled in as shown above. On the other hand, FcnCallSS needs the output of Gain3. But Gain3 cannot execute until AtomicSS is completed.

To get help on this topic, search for the Simulink example titled Simulink Subsystem Semantics. It can be opened by using sl_subsys_semantics. 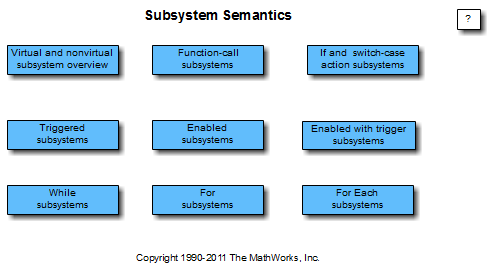 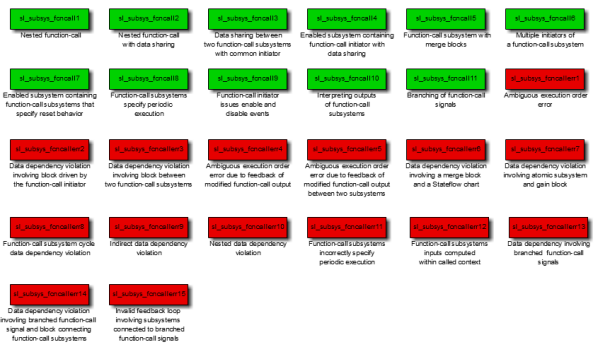 For the example above, sl_subsys_fcncallerr7 is the one you are looking for.

I hope sl_subsys_semantics will be as useful for you as it is for me! Give that a look and leave us a comment below.